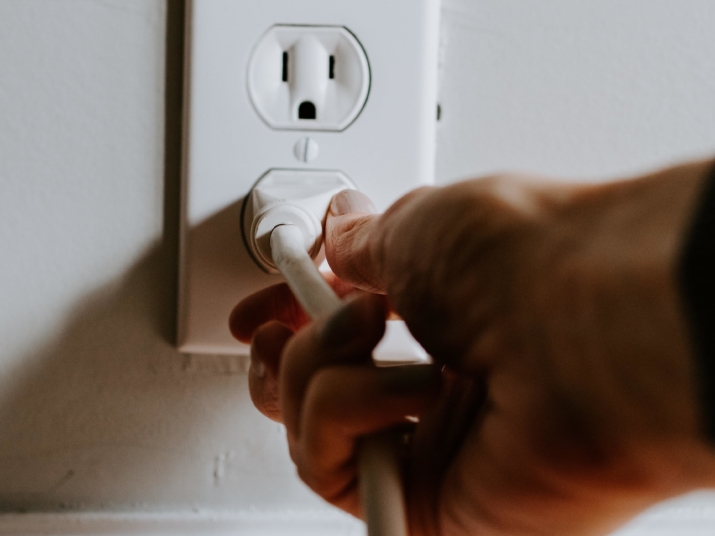 We’re here to do the pub fact-check for you!

Energy how? Energy what?

At our #stammtischcheck, we’re going to take a closer look at some of the most common conceptions and misconceptions about the future of energy. Enjoy getting stuck in to the discussion!

What does energy mean, anyway?

When we talk about energy, most people think first of electricity. But energy is so much more than that. The thermal energy we use to heat our buildings is as much a part of our energy footprint as the electricity that keeps our smartphones and computers running. The fuel for cars and buses is part of the energy mix too. Until this point in history, this energy has mainly come from fossil sources such as crude oil, the production and use of which causes carbon dioxide (CO2) that damages the climate. Since we’re going to continue consuming energy in the future, but still want to protect the climate, we need to change fundamentally our way of dealing with energy – we need the so-called energy transition that will take us towards eco-friendly energy. We can achieve this by 2050 if we convert our energy system to renewable energy sources such as solar energy and wind.

Does this sound familiar? You’re sitting down for a beer with some old mates or at a birthday dinner for one of the family. Sooner or later – but usually later – the discussion turns to the biggest issues of our time. People just love to throw themselves into wild discussions about whatever takes their fancy – conspiracy theories, bans on straws, or the destruction of our beautiful landscape by hideous wind turbines. The tone gets louder, the glasses emptier and the assertions more adventurous. You’d really like to chip in with a clever response but, unfortunately, at that very moment you just can’t think of a single counterargument. We’re coming to your rescue!

One of the favourite topics down the pub, at family events and in the world’s comments sections is the energy transition. And that’s just great. We really can’t talk too much, argue too much or philosophise too much about our path towards a sustainable energy system. With you in mind, we’re going to put under the microscope the most common claims made about the future. Enjoy getting stuck in to the discussion!

On the contrary! The energy transition is “doable from a technical and systemic point of view”. This is the conclusion of a recent study by the Fraunhofer Institute for Solar Energy Systems ISE. The researchers used model calculations to find out whether we can reduce the carbon footprint of our energy supply by between 95 to 100% by the year 2050. The result is a resounding “yes”!

But there’s still rather a lot of work ahead of us: the technology is already there, but the conversion of the energy system has not yet taken place. This is no small task, but we already know the building blocks we need to use to make it happen. First and foremost, we need a complete switch from fossil fuels such as oil and coal to renewable energy sources such as wind and solar energy.

In order to make the best possible use of renewable energies, we’ll be switching to electric power in almost every aspect of our lives. A heating system, for example, which currently burns natural gas, will be powered in the future either directly by electricity or by sustainable fuels. These, in turn, will be produced using electricity from renewable sources.

Which brings us neatly to our next topic: will there be enough electricity in the future for all our needs, even when the sun isn’t shining and the wind’s not blowing?

“The power supply from 100% renewable energies is far too uncertain!”

That’s just not true! Even though we’ll be dependent on sunshine and wind in the future, the power supply will be safe. This will be made possible by the intermediate storage of energy, for instance, in batteries, in hydrogen or in other energy carriers.

The energy grid of the future will also be much more flexible than today’s. Whereas today, large power plants contribute most of the electricity and heat, in the future, the energy will be distributed through a decentralised network made up of lots of micro power plants. In addition, electricity will increasingly be imported to Germany across national borders. If you want to learn more about solar and wind energy, check out this article.

How will electricity prices change in the future? The average price for electricity on the stock market has been dropping for many years as more and more cheaper energy from wind and solar plants has become available. Over the coming years, the EEG levy is expected to fall for the first time because the financial support for the earliest, and still relatively expensive, types of renewable energy plant is coming to an end. Once the electricity suppliers pass on these lower prices to their customers, the latter will soon come to appreciate the financial benefits of electricity from renewable energy sources.

The technical prerequisites for the energy transition are there already. How easily the transition can be implemented – and this is something the scientists have shown – will also depend on our behaviour as a society. An informed approach to energy use and the acceptance of large-scale conversion measures (such as wind farms) will make the energy transition easier and even more cost-effective.

Which brings us neatly to the next misconception: will the energy transition cost us dearly?

“The energy transition is a truly monstrous economic burden.”

Researchers at the Fraunhofer-Gesellschaft estimate that we’ll need to invest about 1 to 2% of our annual gross domestic product. That’s about half the money we Germans currently spend on our Christmas shopping. Sounds like a good investment, doesn’t it?

The Umweltbundesamt, Germany’s central environmental authority has made it clear that, in the long term, the use of electricity and heat from renewable sources will be cheaper for the economy than our continued use of energy from fossil sources. And what’s more: if we factor in to our calculations the amount of money we’re going to save because the change to renewable energies is also going to mean less environmental damage, then the energy transition is already worth it financially even today.

“Renewable electricity is unaffordable for consumers.”

The first item on your electricity bill is the spot electricity price. This is the price at which your energy supplier purchases the electricity on the stock market. The second item is the network charge, that is, the price for using the energy network, such as power lines. The third and final item is a fee charged on the basis of the Renewable Energies Act (EEG), which is also known as the EEG levy.