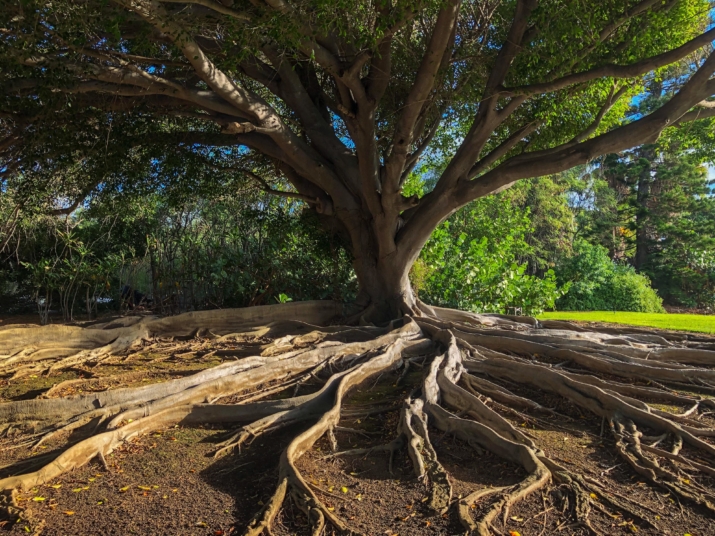 How are our earth’s ecosystems faring? What must we do to protect habitats in the future? These are some of the questions addressed in the Global Assessment Report by the World Biodiversity Council (IPBES). Read the main points here:

The speed at which nature has been changing throughout the world over the last 50 years is unprecedented. Each decade has seen many ecosystems deteriorating at a rate of at least four percent. Humankind is to blame.

About the IPBES Global Assessment Report

The „Globale Assessment“ Report on Biodiversity and Ecosystem Services by the World Biodiversity Council (IPBES) is the most comprehensive assessment of the state of our ecosystems and their biodiversity since 2005. Nearly 500 natural and social scientists from more than 50 countries spent three years preparing the report. It was published in spring 2019, together with a summary for policymakers.

More than a third of the earth’s land, and almost a quarter of all freshwater resources, are being used to produce plant or animal products. Tropical ecosystems, in particular, are shrinking: between 1980 and 2000, the land used for agriculture in tropical regions increased by 100 million hectares.

This is a development that has consequences for the climate, because increasing land use and growing urbanisation have led, among other things, to a doubling of climate-damaging CO₂ emissions since 1980.

Humans are also intervening in the ecosystems of the seas and the coastal regions. Over the last 150 years, for instance, the areas covered by living coral reefs have almost halved. Apart from fisheries, the use of seas and coastal regions – for example, through aquaculture or the pollution of rivers – has the greatest impact on the state of the oceans.

Nature, in itself, is worth preserving. Aside from that, it also provides us with clean air, drinking water, food and quality of life. And it regulates the climate. However, all over the world the conditions that create the basis for nature to do these things are deteriorating.

The facts: the production of food, feed and bioenergy is increasing. For example, more than two billion people today require wood as fuel. As a result, raw wood production has increased by 45 percent over the past 50 years.

However, with the growth of ecosystem services for the provision of material resources, there is a decline in the earth’s ecosystem services that regulate environmental processes. For example, the soil’s carbon content, which among other things ensures soil fertility, has declined – while the amount of land used for agriculture continues to grow.

The Global Assessment Report also shows that around four billion people need medicines that are produced from natural ingredients. Yet the proportion of plant species with proven medicinal qualities is dwindling.

More on the development of ecosystem services can be found here (p. 23).

Never before has the extent of species extinction been as great as it is today. Humans are likely to continue to accelerate this development.

Since the year 1500, for example, humankind has exterminated 680 species of vertebrates. Nature conservation measures have led to the survival of 26 bird species and six species of hoofed animals such as Przewalski’s horse.

And the number of species on the endangered list continues to grow. Around a quarter of all species are currently threatened with extinction, including numerous terrestrial, freshwater and marine vertebrates, invertebrates and plant species. Amphibian species are particularly affected – with more than 40 percent at risk – as well as more than a third of marine mammals.

According to estimates, out of a total number of eight million animal and plant species – 75 percent of which are insects – one million species are threatened with extinction.

The primary reason is that humans are occupying natural habitats and causing the living conditions for flora and fauna to deteriorate – by 30 percent, as the report shows. The scientists conclude that if this development continues unchecked, in the future around nine percent of an estimated 5.9 million species worldwide will no longer have enough space on Earth to survive.

This graph illustrates the percentage of an animal or plant species that is endangered or threatened with extinction. And it shows which groups are already extinct in nature. The pink line indicates the estimated threat in percentage terms. Under consideration here are the species groups investigated by the International Union for Conservation of Nature (UCN). Simply click on the square below to zoom in.

Over the last 50 years, the world population has doubled. The prosperity of industrial nations is growing – at the expense of low-income countries.

Since 1970, the global economy has almost quadrupled and world trade has increased tenfold. A development that has boosted consumption and energy use – while increasing environmental pollution, especially in economically weaker countries.

The report shows that a country’s prosperity determines the extent to which its local environment is impacted by consumption and production. This inequality often leads to conflicts. For example, industrialised countries have the highest levels of consumption of food or wood. Nevertheless, these states have successfully curbed water consumption and deforestation in their own countries. This is because they import the resources they need from low-income countries.

According to the report, this is where most living biomass, such as crops, is being produced – and where the environmental impact of fertiliser use is highest. However, it is not in low-income countries that the protection of areas with importance for biodiversity is increasing – but in industrialised countries.

At current rates, biodiversity and natural climate protection on Earth is expected to continue to decline until at least 2050 as a result of the global increase in land use and climate change.

Whether we’re looking at global sustainability, rapid economic growth or regional competition – the worldwide trend as reflected in all three scenarios of the Global Assessment Report shows that food and bioenergy production is increasing around the globe, especially in South America, Africa and Asia.

Depending on the scenario, the impacts of climate change vary too: without a reduction of human-induced greenhouse gas emissions, the average temperature is likely to rise by two degrees Celsius by 2050. In this case, experts estimate that the climate-related risk of species becoming extinct would be five percent – and up to 16 percent if the temperature were to rise by 4.3 degrees Celsius.

In addition, scientists predict that global warming will cause ecosystems around the globe to change. For example, the living conditions for animals and plants will deteriorate in warmer regions, because they will be exposed to longer periods of drought.

The oceans are also affected by climate change. If global warming rises sharply, fish stocks could decline by as much as 25 percent by the end of the century. As a result, the diversity of fish species in the tropics could decrease because the ocean temperature would cause fish to migrate towards the Antarctic or Arctic.

But these scenarios of the future also show that some developments, for instance the extinction of species, can be halted. If, for example, resources and land are used sustainably in the future, if animal protein is distributed fairly throughout the world and food waste is limited, biological diversity on Earth could even recover.

The United Nations’ Sustainable Development Goals (SDGs) can only be achieved by means of rapid action and radical change.

From clean water and intact ecosystems to the abolition of hunger and poverty, nature could even help us achieve these sustainability goals. However, the evaluation of the Global Assessment Report also illustrates that in none of the areas defined in the SDGs are ecosystem services actually contributing at the moment to the achievement of the sustainability goals.

Experts are urging that immediate measures must be taken – above all a rapid reduction in CO₂ emissions – to limit the increase in global warming. According to the researchers, this requires that policymakers use existing instruments, such as incentive programmes or certification standards, and implement regulations without delay. In addition, environmentally harmful measures such as coal subsidies must be abolished.

Strategies such as land use reduction, protection of seas and coasts or new urban development models should be coordinated worldwide, developed across regions and continuously adapted by the countries concerned.

According to the report, sustainable development also requires a global financial and economic system in which economic growth is not the primary goal. Rather, it must, among other things, strive towards overcoming inequalities, curbing excessive consumption, reducing waste and enforcing greater environmental controls around the globe.