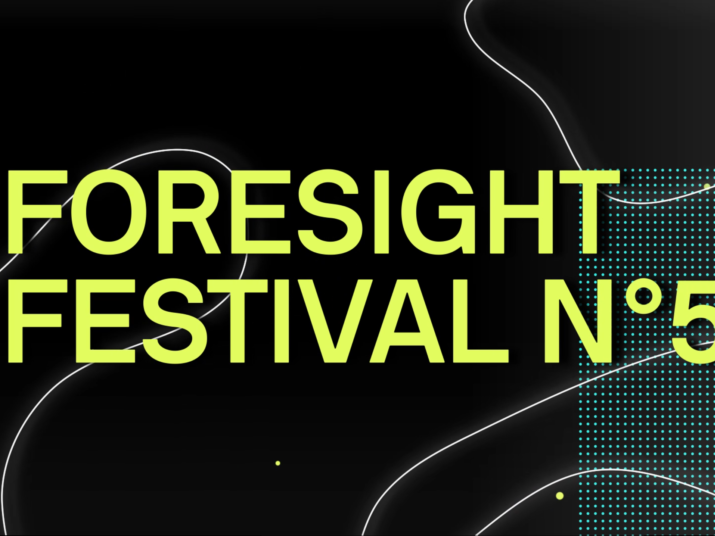 How can we make the transition from fossil to sustainable energy? How is this energy transition going to succeed by 2050? These questions will be the focus of the fifth Foresight Festival on Thursday, 18 March 2021. Visitors are invited to join us from 15:00 to 23:00 on a journey into the future. Apart from numerous workshops, there will be a public challenge to improve the world in 60 minutes. Other highlights of the festival programme include a discovery tour of FUTURIUM and a cosy evening of films. For the first time, the entire festival will take place online at www.foresight-festival.com. All those interested can register immediately.

“We’re trying to do something completely new at this year’s festival and have brought in a few big names to support us,” says Ilka Bickmann, festival director and chairwoman of the non-profit association science2public from Halle (Saale). The organisation of the festival involved eight universities and FUTURIUM working together with the science2public team. The resulting group has managed to put together a very special festival aimed at getting people to “research solutions together”.

“At Futurium, we want to encourage people of all backgrounds and origins to engage with questions of the future. We want to awaken in them a passion for shaping the future, while also openly addressing critical developments. With this in mind, we were pleased to become a partner of the Foresight Festival,” says Dr Stefan Brandt, Director of Futurium. “We’re convinced that the major issues of the future – including the energy transition – can only be approached in an interdisciplinary manner. We’re particularly pleased at the way the Foresight Festival endeavours to bridge the gap between science and cinematic art.”

Festival participants will be introduced to the Foresight process in a playful way, allowing them then to become creative themselves and to develop their own visions of an energy transition by 2030 or even 2050. Together with experts such as Professor Dr Ralf B. Wehrspohn (representing Germany’s Commission on Growth, Structural Change and Employment, also known as the ‘Coal Commission’) and Professor Dr Claudia Kemfert (Head of the Department of Energy, Transport and Environment at the German Institute for Economic Research), we’ll be trying to find answers to the major questions connected with the energy transition. Participation in the digital festival is free of charge and offers a platform for all visionaries, future thinkers and energy enthusiasts.

The programme of the Foresight Festival is full of highlights. In the morning, from 10:00 to 12:00, Professor Dominik Wessely from Film University Babelsberg will be putting on a special programme aimed at schools on the subject of “Film, Research, Foresight – When Cinema Dreams of the Future”. In the afternoon programme starting at 16:00, visitors can learn in interactive workshops how to explore the future and to shape it themselves. In addition, an inventor duo from TU Berlin, Carlo Schmid and Hector Alvarez, will be taking on an exciting upcycling challenge: allowing themselves no more than 60 minutes, and in real time, they will convert a moped from combustion engine to electric drive. Simultaneously, the two scientists will be challenging interested festival participants to join them in demonstrating what they themselves can create in the same time to “save the world”. FUTURIUM, our house of futures, will be opening its doors as the digital venue of the Foresight Festival. True to the theme “FUTURIUM by Night”, visitors can go on a virtual excursion behind the scenes of the innovative museum and let themselves be guided through the exhibition via livestream. At 20:00, festival visitors can sit back and relax, because it’ll be time to hit the couch and enjoy the film night! Selected film-makers from around the world will be inviting the audience to join them on their journey and to watch their short films offering highly personal interpretations of the energy transition. Festival participants can become jurors and vote online for their favourite film. The film with the most votes will receive the audience award.

About the Foresight Festival
The Foresight Festival is funded by the Federal Ministry of Education and Research (BMBF) and is based on the BMBF Foresight processes. This year, under the direction of science2public, it will be organised as a digital “festival for researching solutions together” in cooperation with Martin Luther University Halle-Wittenberg, the University of Applied Sciences Berlin, the Berlin University of the Arts, the Film University Babelsberg KONRAD WOLF, Technische Universität Berlin, Freie Universität Berlin, Bauhaus-Universität Weimar, filmArche e.V. and FUTURIUM. This year’s Foresight Festival will be the first to take place on two dates: on 18 March, the programme in cooperation with FUTURIUM will be dedicated to the topic of energy transition (Energie.Wende), while on 30 March, as part of the BMBF Foresight Conference, the focus will be on changing values (Werte.Wandel).

Further information at the Festival-Website and the Foresight-Festival Futurium Overview.

Press pictures for editorial use only. Please use the credit. If you would like further motifs, please contact public.relations@futurium.de

Lively Forum of the Future

Futurium is open again. To visit, you currently need to book an appointment online and wear an FFP2 mask. All regulations can be found here.TRANSIT on the forecourt of Futurium is a narrative space...