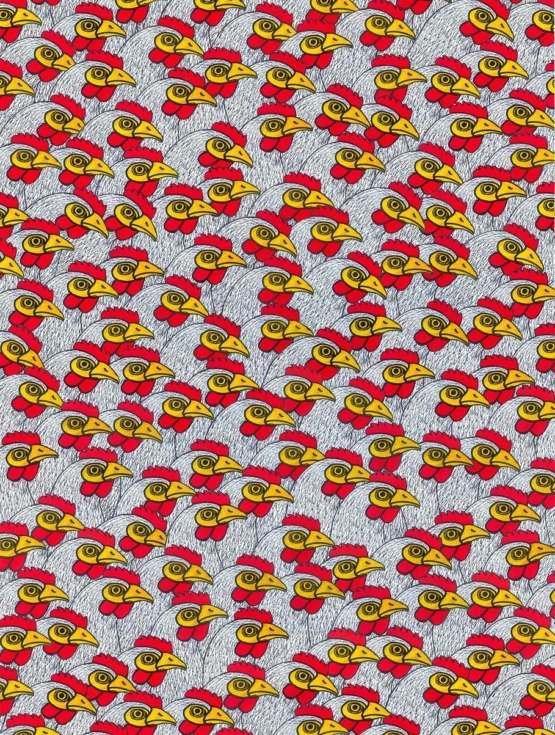 How we are getting closer and closer to pathogens

Just as the world had started getting used to COVID-19, the next zoonosis is in the headlines: monkeypox. The name says it all – a disease that originated in animals and is now infecting humans. Even though the two different pathogens that cause the two different diseases spread in different ways – and their accompanying dangers need to be evaluated differently – one thing is clear: human interventions in nature increase the risk of pathogens jumping from animals to humans. Find out here how it happens and what we can do about it.

The animal kingdom is full of microscopically tiny organisms such as parasites, bacteria and fungi. And then there are viruses – the smallest and simplest of all biological structures. They all have their place and function in the ecosystem surrounding them. Most of these micro-organisms remain as yet unknown to science. Viruses, in particular, are still largely unexplored: an estimated 1.7 million virus species can be found in mammals and water birds; but only around 2,000 have so far been documented. Around 40% of the unknown viruses existing in the animal kingdom could potentially have the ability to infect humans. RNA viruses, in particular, could become dangerous, because they are able to replicate rapidly and change genetically. One example is the H5N1 avian influenza virus. It circulates in wild bird and poultry populations, but could mutate to infect humans more easily in the future and be transmitted from person to person.

Since humans first settled down and took to keeping and breeding animals, animal pathogens have been jumping to humans. In this way, diseases – such as measles, influenza, malaria, rabies or the plague – have emerged and, over the centuries, claimed millions of lives. However, since the mid-20th century, contact between humans and wildlife has become increasingly intensified. For example, half of the zoonotic diseases that emerged during the period from 1940 to 2005 can be traced back to changes in land use, agricultural cultivation and food production. Deforestation to clear land for growing soy, oil palm and sugar cane is bringing humans, livestock and pathogen-carrying wildlife such as bats closer together. Emerging pathogens such as the Nipah virus in Southeast Asia can for this reason repeatedly jump to livestock or directly to humans, causing new outbreaks and epidemics and potentially killing many people.

Factory farming also plays a significant part in the development of zoonoses, because demand for meat and meat products continues to rise worldwide. For example, around the globe, more than 30 billion chickens are produced each year, most of them in huge industrial-scale poultry farms. Huge numbers of animals are kept here in extremely confined spaces. These are ideal conditions for infectious agents such as the avian flu viruses: they can easily spread. And there is also a risk that pathogens will mutate and develop new disease-causing properties.

On the one hand, researchers are working intensively on developing different vaccines against avian flu for breeding birds. See our interview with virologist Thomas C. Mettenleiter, President of the Friedrich Loeffler Institute for Animal Health. On the other hand, more fundamental solutions are needed to reduce and improve factory farming. The introduction of taxes on the production and consumption of meat and meat products, for example, could in the future finance measures for the early detection of disease outbreaks, as well as measures for climate protection and against the spread of resistant germs in poultry farms.

Assist the Leibniz Centre for Agricultural Landscape Research (ZALF) in compiling the Mosquito Atlas of Germany. This will also contribute to the monitoring of vector-borne diseases. To date, more than 31.000 participants have caught more than 177.000 mosquitoes for research.

Wild animals are also hunted for their meat. In sub-Saharan Africa, many people still rely on hunting and eating wildlife to secure their existence. However, the breeding, hunting and trading of sometimes rare wildlife species has long since developed into a lucrative, global business. Animals are imported to countries where they would otherwise not be found. Pathogens migrate with the animals and can potentially jump to other species or to humans. This risk is particularly high at animal markets, where a variety of wild and farmed animals come together in confined spaces, often under unsanitary conditions. In many countries, the trade in wildlife is not controlled by animal health inspectors.

Several environmental groups have long been calling for a ban on wildlife markets. Other players, such as the International Livestock Research Institute (ILRI) and the United Nations Environment Programme (UNEP), take the position that informal markets should be maintained but steadily improved to ensure food security in poorer countries.

In the future, precautionary blood sampling of humans and animals at livestock markets, slaughterhouses or farms could help determine the diversity of pathogens and the immunity of the local population. In this way, disease outbreaks could be detected more quickly and contained accordingly.

Human-made climate change has caused a shifting of climate zones and with it the distribution areas of animals. Animal species that would not usually encounter each other are suddenly finding themselves sharing food and water sources. This enables the transmission of pathogens from species to species. In the future, it is those diseases in particular that are transmitted via so-called vectors that could spread more easily to new locations. Vectors can be mosquitoes or ticks. When they bite, they suck in blood and as a result can transmit various infectious diseases – such as malaria or tick-borne encephalitis (TBE) – from one infected person to another. They can also transmit diseases from animal to animal. For example, the Aedes mosquito, which can transmit viruses causing diseases such as dengue fever, Chikungunya, or Rift Valley fever, is already spreading in Europe and North America.

Preserving nature and thinking about health together

There are lots of reasons for preserving nature. But we also need to offer better protection to ecosystems and biodiversity in order to reduce in a targeted way the risk of further zoonotic epidemics or even pandemics. Some researchers believe that intact ecosystems with high biodiversity reduce the transmission and spread of certain pathogens. This is because in a species-rich ecosystem, pathogens are more likely to encounter hosts in which they cannot multiply at all. In other words – they run into a dead end. This so-called “dilution” effect also protects us humans: scientists have observed this in the spread of the West Nile virus, the hantavirus and some types of plant microbes.

Last but not least, in the interests of nature, species and health protection, health, agricultural and environmental authorities are stepping up their efforts to network with one another and to come up with comprehensive solutions for the prevention of new diseases.

Something’s in the Air