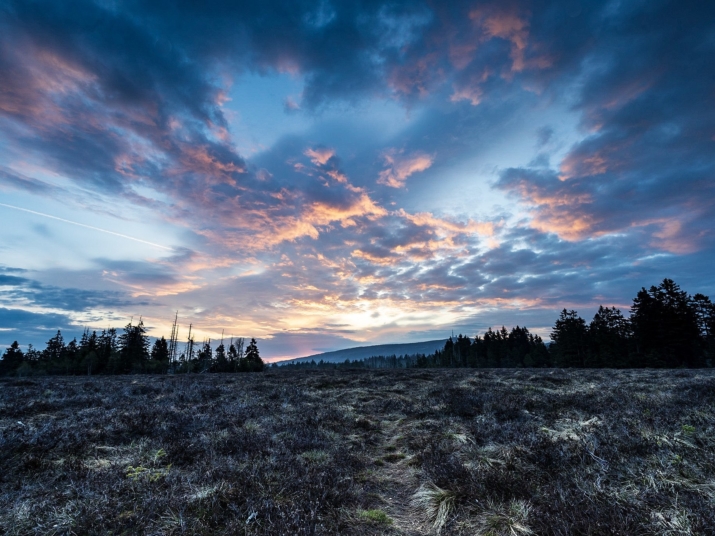 Researchers have made an inventory of nature. The findings of the World Biodiversity Council (IPBES) are disturbing: one million – out of a total of eight million – animal and plant species are threatened with extinction, and ecosystems are on the verge of collapse – in Germany too. Upland moors that are currently intact, for instance, are facing complete destruction. With ramifications for life on earth. The way we live is responsible for this development. But there’s still time to take action.

How badly is the earth’s biodiversity doing?

Simple answer: bad. “The loss of species is dramatic,” says Dr Jens Jetzkowitz. The sociologist, who works at the Museum für Naturkunde – Leibniz Institute for Evolution and Biodiversity Science, is one of the co-authors of the IPBES report. “We’re on the verge of a mass extinction, or might even be in the middle of it already.” The scale is comparable to the extinction of the dinosaurs 65 million years ago.

The loss of species is dramatic.

Why is biodiversity so important?

Biodiversity encompasses the diversity of life on earth. This includes not only the animals and plants we can see, but also bacteria, fungi and other species. And what’s more: it includes the diversity of their genes as well as the diversity of ecosystems such as moors, rainforests or coral reefs like the Australian Great Barrier Reef. As a rule, the more diversity the better. If there are as many different versions of gene combinations as possible within a given population, the latter is more resilient and, for instance, better protected against diseases. Through its own survival, nature can be a reliable “service provider” for humans.

What then are these services provided by nature?

Nature provides goods and services that form the basis of human well-being: food, drinking water, fuels, medicines, protection against floods and soil erosion, as well as climate regulation or carbon storage, can all be understood as ecosystem services provided to humans by nature. Jetzkowitz says: “We absolutely need to recognise these services as a prerequisite of our societal life and economic activity.” Among the service providers are moors such as those in northern Germany and in the Alpine foothills.

Why are moors so important?

Moors function as a unique habitat and powerful carbon reservoir. “They account for only three percent of the land area, but store twice the amount of carbon as all the world’s forests combined,” explains Dr Sandra Balzer, head of the Department of Zoological Species Protection at the German Federal Agency for Nature Conservation (BfN) in Bonn. At the same time, moors are a habitat for many rare animal and plant species that have specialised in living in this particular environment.

What happens when moors disappear?

According to Balzer, in Germany, intact upland moors have shrunk to one per cent of their original size. In order to acquire new land usable for agriculture, they were drained and thereby turned into outright carbon-dioxide polluters. If water is removed from a moor, air enters the peat body and the peat decomposes. The moor can no longer store or retain water, and the greenhouse gas carbon is then gradually released in large quantities. The absurd consequence: severe and ongoing damage to the climate. But rare species that live on the moor, like the northern emerald or the round-leaved sundew, also lose their habitat. Both species have now been entered on the Red List of the German Federal Agency for Nature Conservation.

The round-leaved sundew has been entered on the Red List of the German Federal Agency for Nature Conservation.

What can be done to stop the destruction of our moors?

The recommendations in the IPBES report on the general extinction of species are addressed primarily at policy-makers. The recommendations include sustainable agricultural methods. “In Germany, agriculture needs to change,” urges Jetzkowitz. According to the Federal Agency for Nature Conservation, agriculture is the biggest user of land in Germany, taking up more than 50 per cent of the available surface. “We must move away from mass agriculture towards ecological quality. This is where politics needs to kick in.” And it would also benefit moors, because since the 17th century, according to the IPBES report, 85 per cent of the world’s wetlands have been lost, with their loss progressing at about three times the rate of that for woodlands. And yet, moor ecosystems can be restored. After drainage, they can be partially restored to a near-natural, or even natural, state. Flora and fauna slowly return.

And what can every one of us do?

As a concrete example, Jetzkowitz warns against buying cheap potting soil: “Anyone who buys cheap soil at the hardware store contributes to putting upland moors at risk of destruction, especially those in the Baltic countries.” The peat contained in this soil is mainly cut in upland moors. “Just so we can put flowers on the balcony,” says Jetzkowitz. Although many moor ecosystems in Germany are already being protected by nature conservation laws, long-standing peat extraction rights are still in place, says Balzer. The upland moor can only remain intact as an ecosystem if it is left undisturbed. “And that means, unlike with other nature reserves, people shouldn’t be allowed to enter it in the first place.” Jetzkowitz regards people’s personal engagement in the general conservation of biological diversity as being just as important – for instance, involvement in political parties, nature conservation associations or with Transparency International. The IPBES report does not only deal with the immediate causes of species loss, but also with the forces that indirectly drive it, such as power and financing structures. Jetzkowitz says: "If Germany and Europe could create more transparency with regard to the influence of lobbyists, much would be achieved.”

We’re pleased to offer a newsletter containing information about the latest news from Futurium. Discover event tips, background information and news from the house of futures. Your data will be...

News from the future