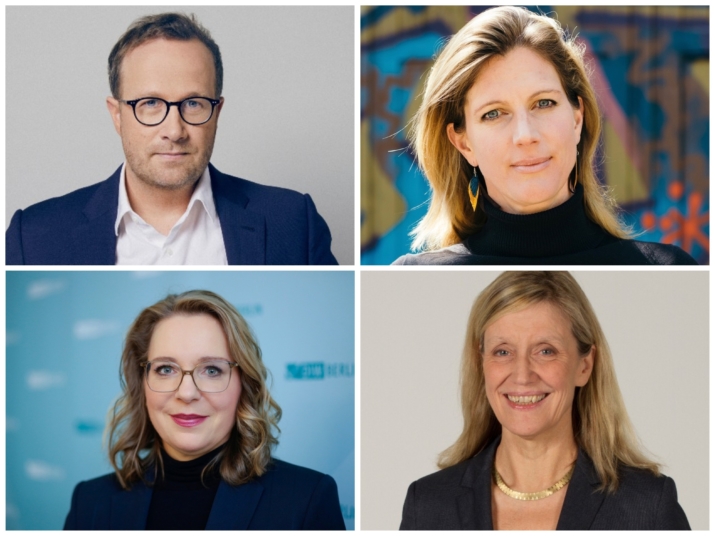 To kick off the series of events, journalist Christiane Grefe, energy economist Claudia Kemfert and political economist Maja Göpel, author of Spiegel's bestseller "Rethinking Our World. An invitation", with the author and environmentalist Andri Snaer Magnason on the potentials and dangers of current bio-economic developments – with livestream and in sign language.

Against the background of the climate crisis, a growing world population and dwindling raw materials, the search for alternative forms of economy is highly topical. The bio-economy lives from biological and renewable resources and thus leads away from a fossil-fuelled economy. This brings new opportunities, but also risks for humans and nature. Can the bio-economy offer a way out of the climate crisis
create?

International authors present their visions in exclusively written literary contributions and illuminate them in ten discussions with experts. From the role of trees for our ecosystems to the phenomenon of landgrabbing to laboratory meat as food for the future, the events illustrate examples from everyday life, politics and research.

Political economist Maja Göpel, journalist Christiane Grefe and economist Claudia Kemfert open the series with author and environmentalist Andri Snaer Magnason. Andri Snaer Magnason reads from a text he wrote himself for the international literature festival berlin. He deals with the climate crisis in his recently published book "Water and Time".

A joint event with the international literature festival berlin (ilb) as part of its special Literature meets Science in the Science Year Bioeconomy 2020/21.