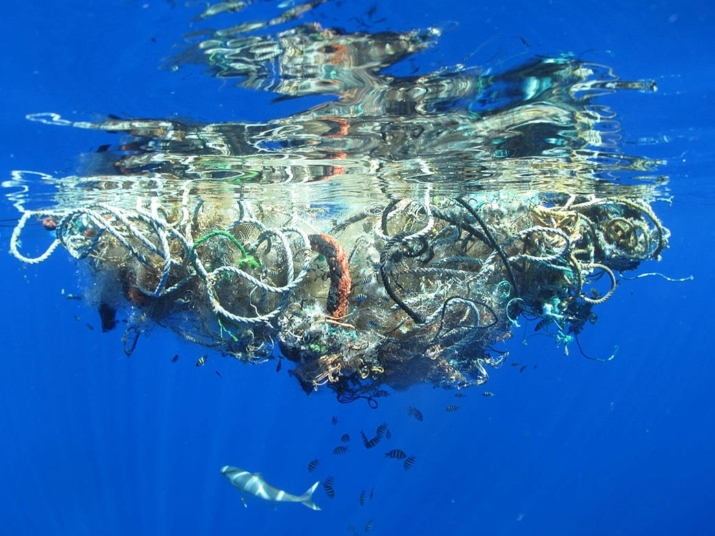 In huge, rotating ocean currents known as gyres, plastic waste has compacted into so-called garbage patches that cause massive damage to the environment. How do these patches emerge and where are they to be found?

Seas and oceans are constantly in motion. Winds and tides, as well as different temperatures and salt contents in the water, are responsible for this motion. The trade winds and westerly winds stir up currents in the water’s uppermost layers. Deep currents, in turn, are generated by differences in pressure. The latter are caused by regional differences in the temperature and salinity of the water.

How garbage patches are created

Fight against waste in the sea

A number of projects that deal with ways of eliminating ocean waste can be found here:

Whether as a result of tyre abrasion, plastics from cosmetics or illegal waste disposal, plastic waste enters the oceans in a variety of ways. Among the factors that impact marine life most severely is a phenomenon known as ghost fishing – that is, discarded fishing nets floating in the sea. Plastic waste and plastics – both created by humans – are caught in the current and float out to the high seas. All this waste accumulates in large, rotating ocean currents known as gyres, forming so-called garbage patches. Contrary to what the name suggests, these garbage patches are neither visible islands in the sea, nor do they consist of pieces of plastic floating closely together in the water. This is because plastic items break down into ever-smaller particles. However, the concentration of waste in the ocean is still very high compared to other water bodies.

To date, five major waste patches of accumulated plastic waste have emerged around the globe. [1] They are to be found in the South Indian, South Pacific, North Atlantic and South Atlantic Currents. A sixth patch is already suspected to have formed in the Barents Sea northeast of Norway. However, this has yet to be confirmed. [2]

The Great Pacific Garbage Patch is the largest known accumulation of plastic waste in an ocean gyre. It stretches from the west coast of North America to Japan in the North Pacific. However, the actual size of a garbage patch such as this one is rather difficult to determine. This is because the floating plastic particles sometimes sink several metres below the water surface. In addition, the wind and the current set the waste in constant motion, causing it to drift together and apart. This makes it extremely difficult to measure the actual area covered by a trash vortex. [3] But the marine region suffers, regardless of the exact dimensions of such a garbage patch.

NASA’s Scientific Visualization Studio has created a short video to illustrate how waste drifts through the oceans with the currents and where the trash vortexes eventually form. For this purpose, the NASA team used two different datasets to map migration patterns. The result can be seen here:

More information about the experiment is available here.

Garbage patches, but also any kind of waste in the water, are a major problem for the oceans, which count among the earth’s most important ecosystems. The oceans stabilise our climate and provide the habitat for numerous species.

Nearly half of the oxygen we need to breathe is produced by small organisms such as marine algae and plankton. [4] When larger pieces of plastic cover the surface of the water, they hamper photosynthesis by not letting through enough sunlight, and this in turn decreases the amount of oxygen produced. [5] In addition, many animals accidentally swallow plastic and other waste because they mistake the pieces and particles for food. They eat it and their stomachs are full, leaving them feeling as if they have had enough to eat, and this causes them to stop taking in any real food. And there is another problem: most of the large debris in the trash vortexes is made up of cheap fishing nets. Marine life gets caught in it and dies. This affects not only fish, but also birds, turtles or seals. [6]

The large quantities of waste and tiny plastic particles make a concerted effort to clean up the oceans difficult. For some years now, projects for the development of new technologies and recycling options have been undertaken to combat plastic waste in the sea.