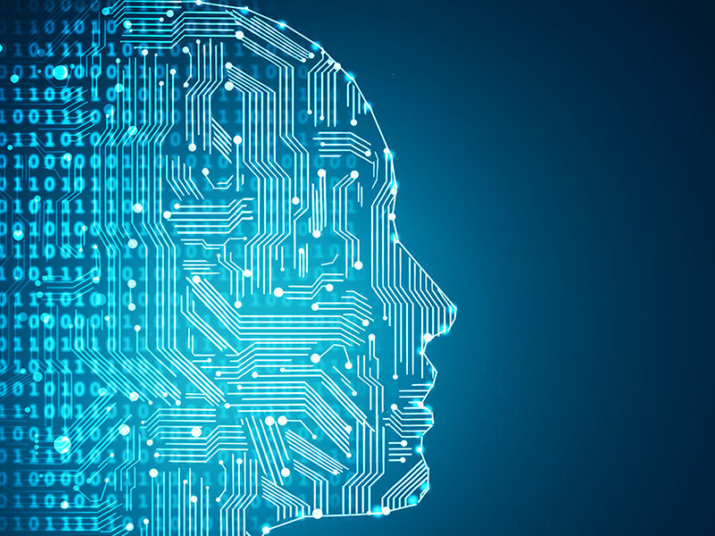 "The time is ripe, perhaps even overripe, to initiate a societal debate that revolves around the single crucial question: how do we want to live? This general question can take many concrete forms: what degree of digitisation do we pursue as a society?"

First the good news: digital change has found its way into the public discourse. This is not by any means a perfectly natural development; even during the most recent general election in Germany the topic remained a rather marginal issue. A broader debate on the opportunities and risks of the upcoming digital revolution simply did not take place. Since the end of the election campaign there seems, however, to be increasing evidence that this topic has finally emerged from its niche. During the exploratory talks and coalition negotiations of recent months, the issue played a far more prominent role than one might have expected in the light of its profile during the election campaign.

Now the bad news: at present, those involved have not even agreed the lowest common denominator of what digital change actually means. According to some people’s understanding, digital change means the nationwide provision of high-speed Internet, with regard to which Germany does indeed have some catching up to do. According to others, internet connectivity for schools should take absolute priority. Still others invoke the buzzword “Industry 4.0”, although they seldom explain in more detail the ways in which “4.0” actually differs from “3.0”. Still others fear the replacement of mankind by robots, as manifested by the cover of an issue of “The New Yorker” from the autumn of 2017 depicting robots hurrying about their business on a street, occasionally tossing coins into a beggar’s cup. He is the only remaining human being in a world of machines.

At least, there seems to be a consensus with regard to the as yet somewhat vague feeling that digitisation will bring about major changes. And this feeling coincides with the insights of nearly all those dealing with the matter – be it in science, business, politics or art. There is much to be said for the fact that over the coming years digital change will turn our lives upside down in a way that we find difficult to imagine today. Three major developments have already become apparent in this regard:

All developments described here are not science fiction, but have, in their early stages, already become reality. And the question of which quantum leaps we should expect over the next two decades is answered best by taking a look at the past. Twenty years ago, the clumsy mobile phones of that period were regarded as the status symbols of just a few professional groups. In 1997, only about ten per cent of the general population (approximately eight million persons) had mobile-phone contracts. By mid-2017, this number had grown to around 132 million people, most of whom had smartphones. Meanwhile, the digital reality has become so ubiquitous that services such as “digital detoxing” – that is, refraining from using one’s smartphone for a few days – are becoming increasingly popular. One should not forget that Steve Jobs introduced the first iPhone only in 2007. If so much has changed over the last eleven years alone – what will things look like 20 years from now?

At the same time, mobile telephone statistics point to one of the secrets for the success of digitisation. It grabs us right there where we are especially vulnerable to being convinced, and perhaps even to being taken by surprise – namely at that point where we desire convenience and comfort. Smartphones have made many things easier for us. Without major effort and within seconds, we are able to retrieve information on even the most unusual topics and from almost anywhere in the world. Unlike in the past, we no longer need to consult a thick multi-volume encyclopaedia of the type that used to adorn every middle-class living room. What is more, alternatives to Internet sources are becoming fewer and fewer: sales of the final edition of the German standard encyclopaedia, the Brockhaus, were discontinued in 2014. Who would have thought this possible twenty years ago?

Whether we like digitisation or not: even today, we can hardly lead a life without it – on the contrary, we drive digital change forward every day. With each new app that we download and each new film that we stream online, we participate in building the digital Tower of Babel. Not to mention the companies that are able to explore new markets and achieve huge gains in efficiency by means of digital solutions. We should start from the working hypothesis that the digital revolution will continue and – with the help of all of us – accelerate even further. However, the question remains whether this process will proceed in an uncontrolled manner or whether we will manage – at least to a certain extent – to influence it to suit our own requirements. Do we want to be passive endurers or active shapers of the emerging structural change?

Concerning the economic side of this process, it is encouraging that Germany, like only a few other countries in Europe, has managed to face up to the technological paradigm shift. This was the case with the structural change that almost completely eradicated the formerly dominant coal and steel industry, and it is the same with the current waves of automation and digitisation. So far, it has always been possible to open up new fields of work and create new job profiles. Assembly-line workers became steerers of production plants – and this is also thanks to the dual education system admired in the international arena. The best proof of the adaptability of the German economy is the unemployment rate, which has been declining for years.

Past experience indicates that it is possible to cope with the oncoming challenges of digital change. For this purpose, however, it is not sufficient to lay fibre optic cables and draw up regulations on data protection, no matter how important this naturally is for individuals. It is also not sufficient just to wait for developments to take place and then react. Otherwise, in ten years’ time we may find that many jobs – though probably not quite the figure of 50 per cent of all jobs that Carl Benedikt Frey and Michael Osborne suggested in their simultaneously sensational and controversial 2013 study – will have been replaced by digital solutions, without our having succeeded in creating sufficient alternatives. Even the IT industry association Bitkom has warned of such a development. As important as economic issues are, they represent only a partial aspect of digitisation. The “cyborg” example illustrates that over the coming years numerous complex ethical questions will have to be resolved and then translated into solutions that are legally watertight.

The time is ripe, perhaps even overripe, to initiate a societal debate that revolves around the single crucial question: how do we want to live? This general question can take many concrete forms: what degree of digitisation do we pursue as a society? Where and how can digitisation help us cope better with the important challenges of the future – be it climate change, the rise in chronic diseases, the ageing of society or the finite nature of natural resources? Where do we wish to draw boundaries for digitisation? What kind of activities should be carried out by humans in the future? What actions need to be taken in this regard, for example, concerning future vocational training? What consequences should we draw with regard to our social security systems? And finally: as digitisation and globalisation have always gone hand in hand, how can we coordinate and network our initiatives in the international context? At the European level, France especially with its ambitious digital strategy could become a strong partner.
The list of questions could be extended at will and then further differentiated in the debate that followed. First of all, however, the process of mutual understanding must be set in motion. This is necessary at different levels:

Some time ago, the media reported that Anthony Levandowski, a former Google executive, had established in California as early as 2015 a religious organisation named “Way of the Future”. The declared goal of this organisation is to further “the realization, acceptance, and worship of a Godhead based on Artificial Intelligence (AI)“. Indeed, perhaps the challenges of the future digital society are too complex to be met by mankind. Maybe we should submit ourselves to the algorithm of an AI Godhead, because we ourselves no longer know the way forward. The Oracle of Delphi could become resurrected in modern form and guide our actions. However, this would ultimately be a declaration of bankruptcy, a self-imposed capitulation to a development that we ourselves have brought about. The forefather of futurology, Robert Jungk, would certainly have rejected such a passive attitude. His leitmotif was: The world can be changed. The future is not fate. It is up to us whether digitisation will become our fate or our future. The public debate on this must begin now.