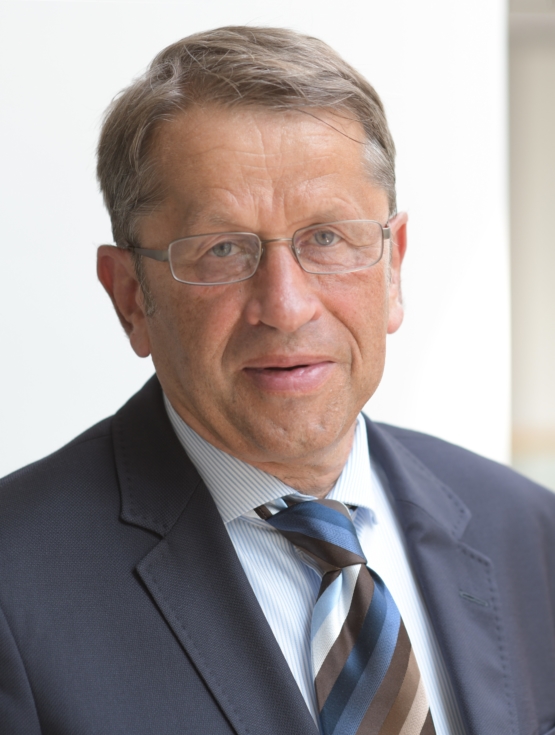 DEAR HEYO KROEMER, WHAT IS THE DIAGNOSIS?

#FuturiumForum: One state of emergency and back? This is the title of a new series of talks by Futurium. The guest this time is the chairman of the board of the Charité, Heyo Kroemer. On June 24th from 8:15 pm the interview is available here.

Guest of the evening

Only last September, pharmacologist Kroemer had taken over the chairmanship of the Charité. Then came Corona. In an interview with the magazine WirtschaftsWoche, he talks about how it was possible to change Europe's largest university hospital practically from now to immediately. The physician warns that the current remuneration system – which charges according to patients treated – should be revised: "It would make more sense to take the fire brigade as a model. Nobody would think of paying a fire brigade only after the missions. They are paid according to the fact that they are there where they are needed and that they are well prepared."

Until recently it was hardly imaginable that medicine and health policy would one day interest so many people. Today, people know the internal relationship between Factor R and the bed capacity in hospitals, and what this has to do with Ischgl, global supply chains and Jens Spahn. For the crisis has shown what part our globalized world has played in the pandemic and at the same time what can be done to combat it: rapid spread of the virus on the one hand, transnational research into vaccines and international support on the other. At the same time, there are two different perspectives on the role of experts: One welcomes their influence and thus a fact-based policy, the other criticises the dictates of these same experts. In short: All aspects of the health care system are in focus. Conspiracy theories and fake news, which are circulating in great numbers, prove this once again. What is certain is that the Corona crisis has brought to light construction sites that were long ignored, tolerated or even wanted: The conditions in hospitals and nursing homes, the lack of skilled workers and the dependence of important medical goods on foreign production. Many things – according to the social consensus – should now change and become better in the future.

How does our health system currently stand? What have we learned from Corona, and what must change? What international cooperation do we need? What kind of cooperation between politics and science makes sense?

ABOUT THE TALK SERIES

How does the view of the future change in a state of emergency? The corona pandemic and the way we deal with it shake up many things that otherwise seemed self-evident to us. The digitizability of life, recognition for everyday heroes and the social significance of culture, sport and nightlife – all this and much more is being put to the test. Where do social imbalances reveal themselves? Which foundations of everyday life are indispensable? What is really important to us when it really matters? And what consequences will people draw in the future? We want to discuss these questions in 30-minute digital talks with people from science, politics, business, civil society and the creative scene.

The recording of the conversation will be available here on Wednesday, 24 June from 20:15.

DEAR ANNEMIE VANACKERE, WHERE IS THE APPLAUSE?

Dear Jutta Allmendinger, will the Corona crisis bring us the breakthrough to more equality?