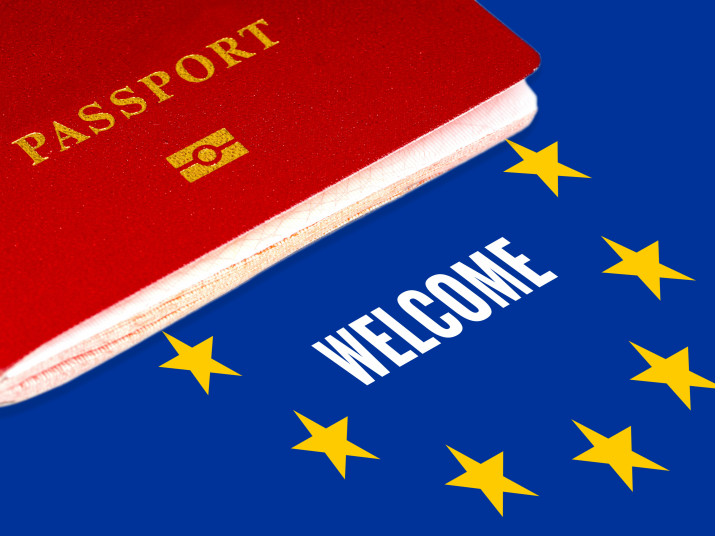 As Valuable as Gold

In our world, different passports have different values.In 2021, Germany, Finland and Italy were at the very top of the list of the world’s most powerful passports, statistically speaking. The passports ranking is based on the number of countries that its holders can visit without a visa. In the case of these three EU countries, the number of visa-free destinations is at least 190. Naturally, this kind of freedom to travel is desirable. So much so that some EU countries have taken to offering their passports for sale.

Passports and visas in the EU

In response to a question from the parliamentary group of Die Linke (the Left Party), the German Federal Government explained the various requirements for those wishing to acquire these so-called golden passports and visas here. (Last updated: 2016)

The idea is very simple: non-EU citizens who invest in an EU country will receive in exchange citizenship or a residence permit. The terms ‘golden passports’ and ‘golden visas’ have emerged because those applying for them need to invest substantially in luxury real estate, development funds or company shares. Many European countries have introduced such mechanisms – mostly for visas, but in the cases of Cyprus, Malta and Bulgaria even for golden passports. In Cyprus, for instance, anyone who invested two and a half million euros used to get citizenship thrown in for free. On request, passports were also issued for spouses and children. For a few years now, the EU has been taking action against this.

Why the trade in passports is a problem

“Passport trading is a civil rights issue,” says Sven Giegold, a Green Member of the European Parliament. “And I think that citizens’ rights and responsibilities are devalued if passports are put up for sale like a sack of potatoes.” Instead, citizens’ rights really arise from integration, by people growing up in a country or deciding to move there and become integrated. “Passport trading generates a group of rich, special citizens who actually have nothing to do with the country, who don’t live there and who don’t feel connected to it – and who also don’t want to.” According to Giegold, this destroys civic cohesion.

Roland Papp, Senior Policy Officer at Transparency International EU, says that recent examples have shown that passports appear to be in high demand by people involved in corruption, money laundering and crime. The passport of an EU member state could help these individuals evade justice: “Simply put: EU passport holders are likely to face less scrutiny when moving money within the European financial system.” Accordingly, they would fly under the radar of sanctions regimes. “If things get tough back home, applicants could theoretically use a golden passport or visa as a get-out-of-jail card, which allows them to leave the country, evade prosecution and take advantage of the EU’s freedom-of-movement policies.”

In autumn 2020, the EU launched infringement proceedings against Malta and Cyprus

Click hereto learn more about the Al Jazeera investigation that uncovered the machinations surrounding the sale of citizenships in Cyprus.

The infringement proceedings are still ongoing. According to Papp, the fact that the European Commission has recently had cause once again to call upon Cyprus and Malta to take action shows, however, that the measures taken by both countries so far have not been sufficient. “The EU Commission should now quickly bring the case before the European Court of Justice,” demands Sven Giegold. The same applies to Bulgaria, where the abolition bill has been introduced to parliament, but has not yet been passed because there’s so little interest in it. “Policy-makers there are more interested in joining the euro zone than respecting the basic principles of European law. And the Commission is refraining from pursuing these infringement proceedings.” In the case of Malta, the Maltese government ended the old programme only to set up a new citizenship investment programme that works in exactly the same way. “The main challenges remain – and, in particular, the discretion the Maltese authorities have in considering an application is problematic,” says Papp. “For example, donations to charitable foundations or memberships in Maltese associations have been considered sufficient to prove a person’s close ties to the country,” he criticises. In the case of Cyprus, a recent review found that some individuals shouldn’t have been granted citizenship in the first place. Following an independent investigation into a number of cases, the Cypriot government decided to revoke the citizenships of 45 people. “Many of these cases uncovered by journalists prove that the system is being misused. All these cases must now be reviewed. Due diligence should be extended to the funds invested by these individuals and, if necessary, further legal action should be taken and assets seized,” Papp demands.

Citizens of an EU Member State are also citizens of the EU. Therefore, the granting of European citizenship has a direct impact on the European Union as a whole. EU citizenship comes with rights: the right to freedom of movement, the right to vote and to stand in local and EU elections, the right to consular protection outside the EU and the right to access the domestic market. “The unique selling point for golden passports and visas is the fact that they always grant the holders access to the entire EU, not only to Malta or Bulgaria,” explains Roland Papp. Citizenship by virtue of investment isn’t compatible with the principle of loyal cooperation and the fundamental status of European citizenship[J2] as laid down in the Treaties. “While the member states have the right to decide about their own citizenships, they must still adhere to the European Union’s basic principles,” Giegold says. “Making a commodity out of common citizens’ rights undermines that duty of loyal cooperation.”

How Malta and Cyprus benefit from the sale of their citizenships

“Malta and Cyprus are probably still holding on to these programmes because the financial gains are very high for these small countries,” says Roland Papp. At least that’s the conclusion Transparency International has reached from its investigations: in 2017, according to the report, Cyprus’ potential revenue from the programme was equivalent to 7.5 percent of its annual GDP, while Malta’s cash inflow was equivalent to 2.1 percent of its GDP.

Why golden passports and golden visas differ from each other

The granting of citizenship creates a very strong link between a citizen and a state. Roland Papp of Transparency International sees this as a major difference between passports and visas: “Although a residence permit brings with it certain rights that are very valuable to many, it’s a relatively weak link that requires further checks and steps; passport-holders, by contrast, usually remain citizens of the state in question throughout their lives.” Member of the European Parliament Sven Giegold has a different take on this: “The number of visas issued is much higher. Portugal and Spain – both of them larger EU member states with better political reputations – have the most extensive visa programmes. When it comes to infringement proceedings, the EU Commission is driven more by political than by legal and objective criteria.” Normally, visa holders don’t have very far-reaching rights, but in Portugal, for example, they can apply for citizenship after five years – without paying anything. And many do.”

“Visa-free agreements actually make sense. They promote the free movement of people around the world,” says Sven Giegold. “A world without borders has been part of many people’s visions since Kant. But when countries turn this right into a commodity for shady people[JF1] , this is where you’ve got to draw the line.”

Roland Papp of Transparency International calls for stricter due diligence in all visa programmes: “State agencies must ensure that they conduct rigorous background checks that also extend to the sources of an individual’s assets. They need to close the loopholes by applying the same measures both to applicants and to their family members.”

Member of the European Parliament Giegold is convinced that only concrete scandals will lead to a change in policy: “It’s got to be someone who comes to the EU with one of these sorts of passport and messes up. And eventually that’s what’s going to happen.” Only then will a bit more energy be put into combatting the problem. “In our world there are two different laws – one for the rich and one for ordinary people. This division leads people to become tempted by authoritarianism and sceptical of democracy. And that’s extremely dangerous.”

“Globalisation is rarely a blanket opening for everything or everyone”