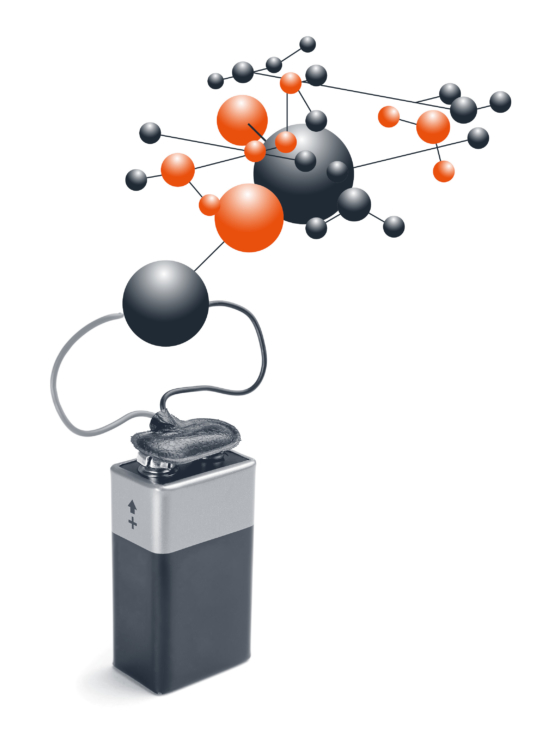 Molecular machines, the smallest machines that can be built by human hand, could make computer chips much smaller and faster. In the future they even could fabricate medicine in our bodies.

They consist of molecules. They work just like large machines. Thus, for example, can miniscule wheelbarrows, cars, drills, switches or gearwheels be produced. Electronic circuitry could be built on a molecular scale, making computer chips so much smaller and faster. Potential medical applications include delivering drugs directly to diseased cells or destroying cancer cells. In the future, molecules might be capable of producing things: Medicines, for example, could be fabricated in our bodies, thus eliminating the need to take pills. Scientists are currently trying to produce penicillin along these lines.

At present, the risks are difficult to estimate. It is not yet entirely clear just how dangerous such miniscule particles could be to our bodies or the environment.