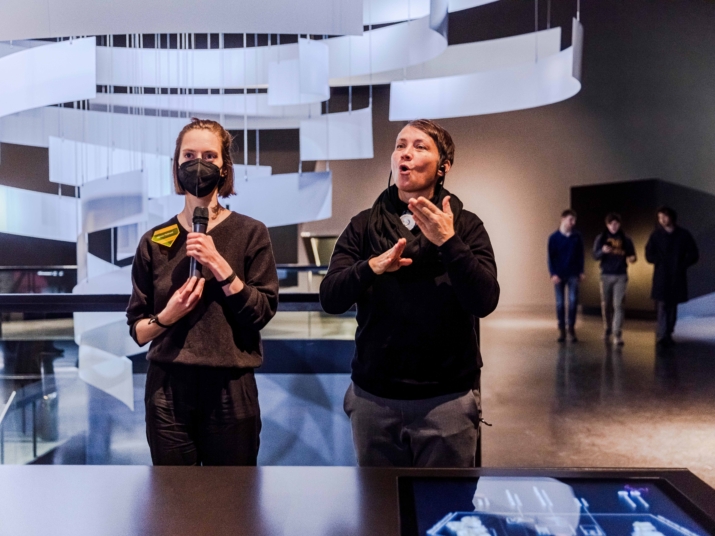 Last Saturday, 3 December, was International Day of People with Disabilities. For this reason, last weekend, Futurium took the opportunity to get everyone into conversation – using a specially designed programme that offered lots of accessible events. Here we’ve put together a few impressions for you:

According to Germany’s Federal Statistical Office, there were around 7.8 million severely disabled people living in Germany at the end of 2021 – that is, almost one-tenth of the total population. To qualify as severely disabled, people need to be officially recognised as having at least 50% disability. The World Health Organization has registered more than one billion people worldwide as having some form of disability.

The International Day of People with Disabilities is intended to raise awareness of disabled people’s concerns and to promote efforts aimed at improving their dignity and rights. A glance at the statistics shows why this is still urgently needed – despite almost 15 years having passed since the signing of the UN Convention on the Rights of Persons with Disabilities: according to a Statista study, around 30% of respondents regard steps and stairs in public spaces as the biggest obstacles that face them in their everyday lives.

The number of pupils with special educational needs at normal schools has increased, and so has the proportion of pupils visiting special schools. The “inclusion barometer” of the Aktion Mensch charityindicates where shortcomings are to be found, not least in the labour market: in 2021, the number of unemployed people with disabilities was still 8.3% higher than before the COVID-19 pandemic.

FIT FOR THE FUTURE WITH FUTURES LITERACY