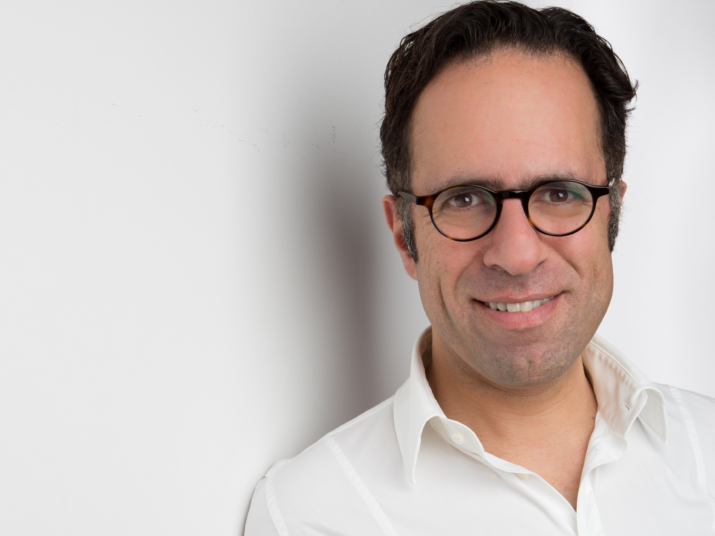 How much city makes us sick?

Whoever spends a long time living in a city containing more than a million people has a higher risk of developing schizophrenia than those living in the countryside. In an interview conducted by Futurium editor Ludmilla Ostermann, the Berlin stress researcher Mazda Adli identifies two factors as being decisive in this regard, namely, social isolation and social density. However, the risk can be minimised – not least through intelligent urban planning. This is why urban planners, sociologists and doctors have come together to form the world’s first research platform in this new field, the Interdisciplinary Forum Neurourbanism. Its aim is to strengthen the mental health of city dwellers.

The Interdisciplinary Forum Neurourbanism is a working group of lecturers, researchers and practitioners from the fields of psychiatry, urban planning, psychology, neuroscience, architecture, sociology, philosophy and ethnography. It has as its aim the creation of cities that are worth living in and that are conducive to the mental health of their inhabitants. The experts want to understand better the influence of the urban habitat on our emotions, behaviour and mental health, and to do this in a way that is measurable. To this purpose, research and working methods from all the contributing disciplines find application, with the main areas of activity ranging from basic and experimental research to public and specialist events and on to practical advice for policy makers.

What risks does life in the city pose for its inhabitants?

Mazda Adli: City dwellers are more likely than rural dwellers to suffer from stress-related secondary diseases. This includes depression, which is one and a half times more common in city dwellers. Or anxiety disorders, which occur 1.2 times as frequently. However, the difference is especially clear with regard to schizophrenia. The longer a person spends growing up in a city, and the bigger the city, the greater the risk of developing schizophrenia as an adult. Roughly speaking, it’s possible to say that city dwellers are twice as likely as rural dwellers to suffer from schizophrenia. Interestingly, this difference in the incidence of schizophrenia has been found in the cities of the global North, but not in the mega-cities of the global South.

Adli: Social stress plays a major role in this regard. This type of stress, which affects people’s health, occurs more often in cities. In our view, it arises from the concurrence of social density with social isolation. In many species, density in the sense of congestion and overcrowding leads to behavioural changes, frequent illness and premature mortality. Just think of chickens pecking at each other on battery farms. But humans experience this too. In the long run, we don’t feel comfortable in confined conditions. And the negative consequences of social isolation have long been known: many diseases have a less favourable prognosis if those affected are socially isolated. Social isolation is associated with an increase in premature mortality – even more so than alcohol abuse, smoking or obesity. Social isolation occurs where people feel that they don’t belong, where loneliness plays a major role, or where they experience exclusion.

In Delhi, with its nearly 29 million inhabitants, the social density is much greater than in London or Berlin.

Adli: We are able to compensate for stress. Density-related stress can be balanced by experiencing a good level of belonging. And that seems to be the case in the global South. Experiencing a sense of belonging improves our resilience to stress. Where access to compensatory mechanisms is limited, the problems begin. Social density is only positive so long as individuals experience a sense of control over their immediate environment – which is referred to by the term environmental mastery. To those who feel themselves to be at the mercy of others, who lack access to the benefits of a city such as parks and cultural facilities – the so-called urban advantage – and who find themselves endangered by other personal or genetic risk factors, this mixture may become toxic.

Psychological stress increases in accordance with the level of poverty of one’s neighbours.

Are there people who are particularly at risk?

Adli: Those who already have an increased risk of social isolation are among them. Studies have shown, for instance, that people with a migration background have a high risk of developing mental illness. It has been found that in the second generation the risk of developing schizophrenia even increases. A study carried out by researchers at Charité – Universitätsmedizin Berlin took a look at the mental health of residents with a German or Turkish background in the Berlin areas Wedding and Moabit. One of the study’s results was to show that psychological stress increases in accordance with the level of poverty of one’s neighbours. Strangely enough, the participants’ own level of poverty did not play a role in this regard. And this correlation was found to be particularly pronounced only among people coming from a Turkish background. Why is that? The participants of German origin belong to the majority society and therefore experience a degree of belonging. In contrast, those with a Turkish background get caught up in the whirlwind of social stress. We assume that other risk groups exist, such as the elderly or people living on their own. In Berlin, one in two households are single person households. A considerable proportion of those living alone are recipients of welfare benefits or live in particularly precarious circumstances.

Faced with these realities, where does the Interdisciplinary Forum Neurourbanism position itself to act?

Adli: We are a group of researchers from different disciplines. The Forum brings together experts from health research and urban research. Networking activities within the existing structures and administrative bodies of civil society play an important role. We want to understand where it is that stress arises in the urban environment, while ensuring that our findings are incorporated into an overall mental health strategy. We want to map social stress in the city, which is why we have also brought geographers into the picture. This is a prerequisite for providing those in need with the most targeted prevention measures possible. Although we are still a very new research group, we have already completed a cooperative study with the Umweltbundesamt, Germany’s main environmental protection agency, here in Berlin. This study investigates the influence of urban green spaces and environmental factors on mental health and the sensitivity of the brain to stress. It has shown a connection between green spaces and better stress resilience in the brains of healthy Berliners.

What exactly is it that makes green spaces so healthy?

Adli: We’re not yet in a position to give a definite answer. It may be that green spaces make people get out and about more, or it could be something to do with just knowing there’s a green space nearby. And the question of how green, ultimately, is green enough is also something of which we still need to gain an understanding.

City dwellers have better access to education, prosperity and personal development. Nevertheless, cities have an ambivalent quality to them.

If city life stresses us out so much, are we all going to have to move to the countryside?

Adli: It’s not our intention to warn people off living in the city. However, we want to make it clear that our cities are growing and becoming denser. If it’s true that by 2050 two thirds of the global population will be living in cities, with a corresponding number of people having an increased risk of developing schizophrenia, then we’re going to be facing a huge problem if we don’t address it. Cities make our lives easier. Cities are cultural, scientific and political centres. City dwellers have better access to education, prosperity and personal development. Nevertheless, cities have an ambivalent quality to them. If we want cities to remain environments worth living in, we have to deal with unanswered questions such as: where does stress arise? Where do the factors negatively influencing health arise and how can we counteract them?

What can each one of us do to counter stress?

Adli: It’s good to do something for yourself every day, and that should be something that involves taking care of yourself. Everyone can discover the cultural aspects of the city. It’s also helpful to get to know your own neighbourhood, and that includes the people who live there just as much as the built-up environment. This creates a feeling of belonging. Doing sports is good too: the effects are measurable in the form of stress hormones regulating themselves.

And how do you personally escape from stress?

Adli: I enjoy going to the theatre, but I also make a lot of music myself. I sing and am the founder of the Singing Shrinks, the only choir in the world made up entirely of psychiatrists. Singing not only relieves psychological tension, it makes us breathe deeper and more regularly, which in turn leads to physical relaxation. Singing activates emotions, especially when we’re singing together in a choir. I can confirm this from my own experience. After a choir rehearsal I always feel better than before.